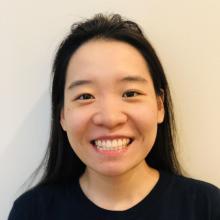 Shengqi Yang is a Carnegie Theoretical Astrophysics Center (CTAC) Postdoctoral Fellow. She is interested in understanding galaxy evolution and star formation environment at high redshift, in particular the galaxy assembly era z~3 and the epoch of reionization at redshift higher than 6, from interstellar medium (ISM) sub-millimeter line measurements, simulations, and models. She is also interested in studying the interplay between the host and satellite dark matter halos, and further probe the nature of dark matter with semi-analytic models and simulations.