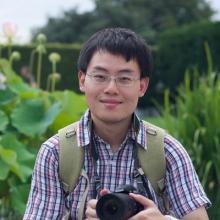 Fangzhou Jiang is a postdoc at the Carnegie Observatories and California Institute of Technology, specializing in the theory of galaxy formation and evolution. He studies the interplay between galaxies and the dark-matter halos that they host using semi-analytic models and cosmological simulations, with an emphasis on halo substructure, galaxy morphology, and the properties of dwarf galaxies and satellite galaxies as testbeds of cosmology and feedback prescriptions.

Jiang was previously a PBC Fellow in the Racah Institute of Physics in the Hebrew University of Jerusalem (2016-19). He obtained his PhD in astronomy from Yale University (2016), and graduated from the Kuang Yaming Honors School of Nanjing University, China (2010).