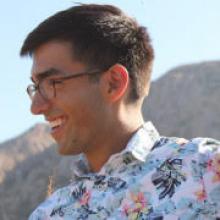 Andrew Emerick joined the Carnegie Observatories in 2019 as a Pasadena Fellow, a joint postdoctoral position between Carnegie and Caltech. He is broadly interested in galactic chemical evolution and the role of stellar feedback in driving galactic evolution. Emerick focuses on developing, running, and analyzing detailed hydrodynamics simulations of individual galaxies with particular interest in the physics that give rise to the stellar abundance patterns seen today in nearby dwarf galaxies. He is an active developer to multiple astrophysical codes and libraries, including Enzo, Enzo-E, Grackle, and GIZMO, as a member of the FIRE collaboration.

Emerick obtained his PhD in Astronomy from Columbia University working with Greg Bryan and Mordecai-Mark Mac Low, and obtained a B.S. in both Physics and Astrophysics from University of Minnesota.